The Spancil Hill candle will burn for 30 hours. For best results please see our candle care section. Our ingredients are all ethically sourced and include soy-wax, the finest quality cotton wicks and a range of scented oils to gently soothe the senses. 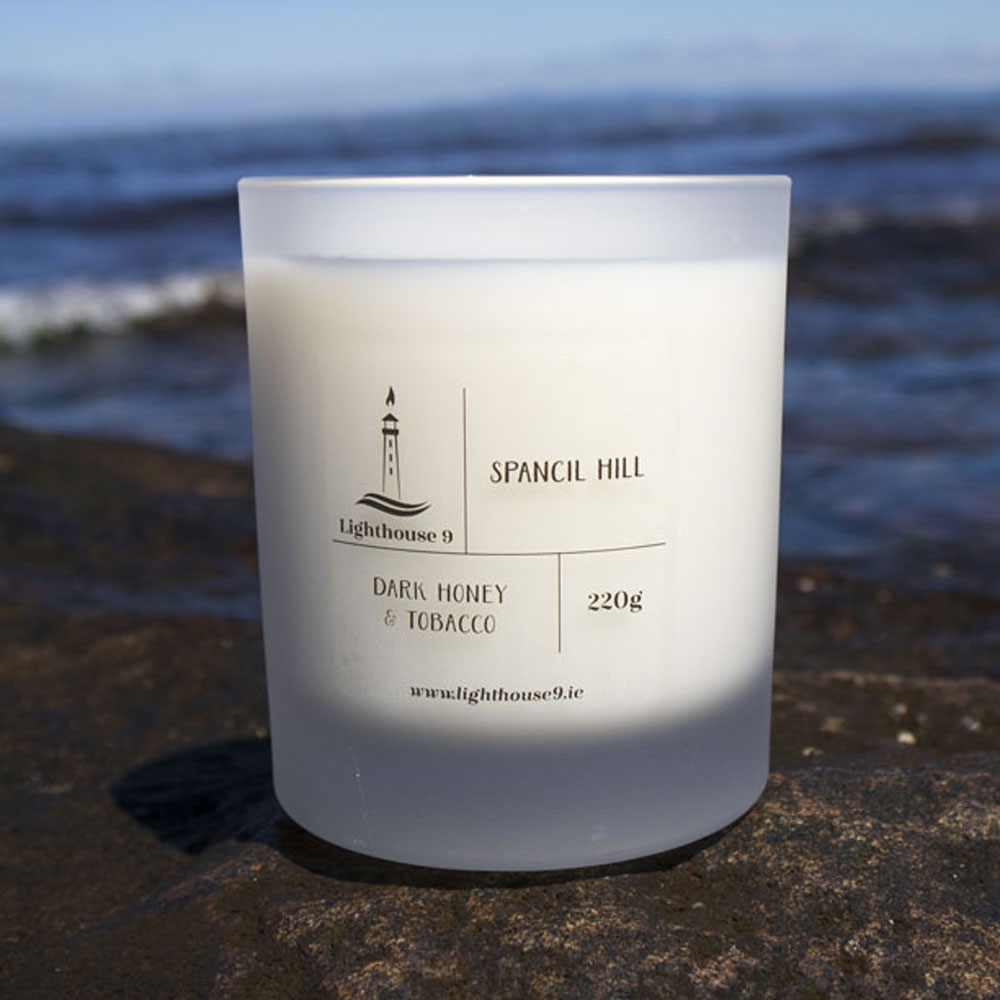 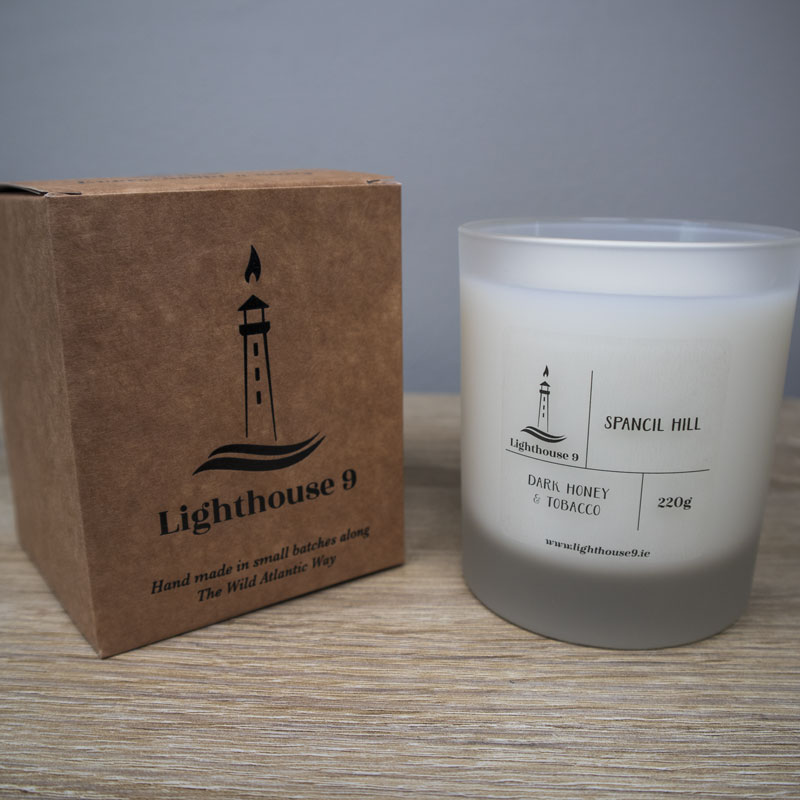 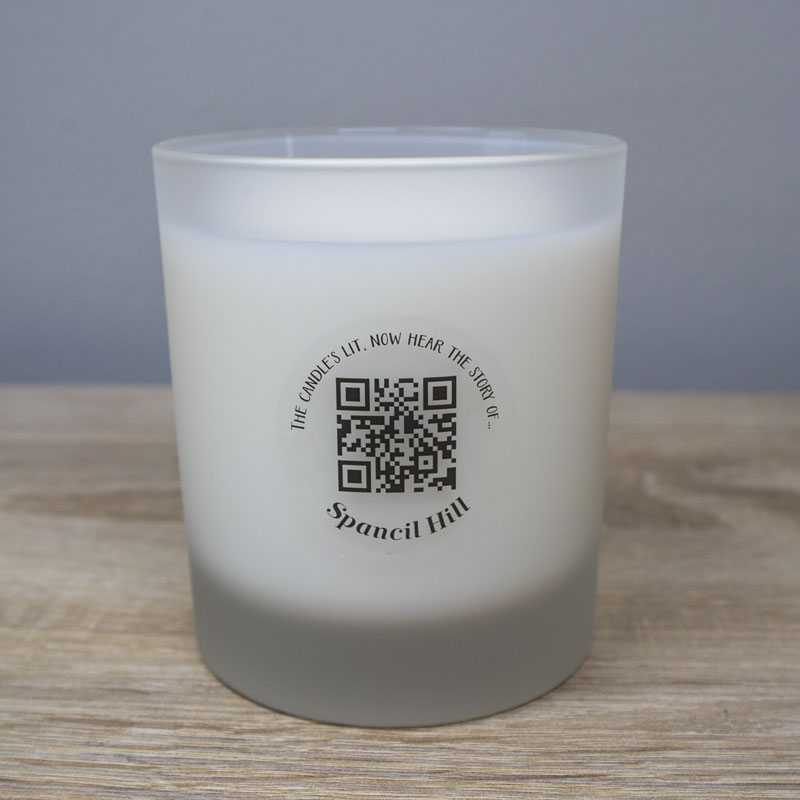 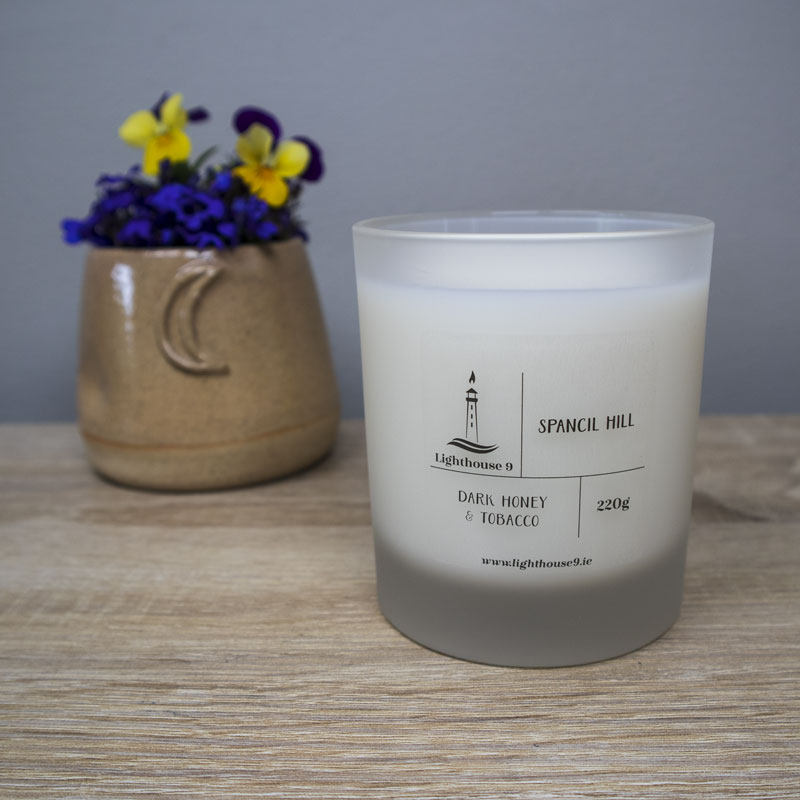 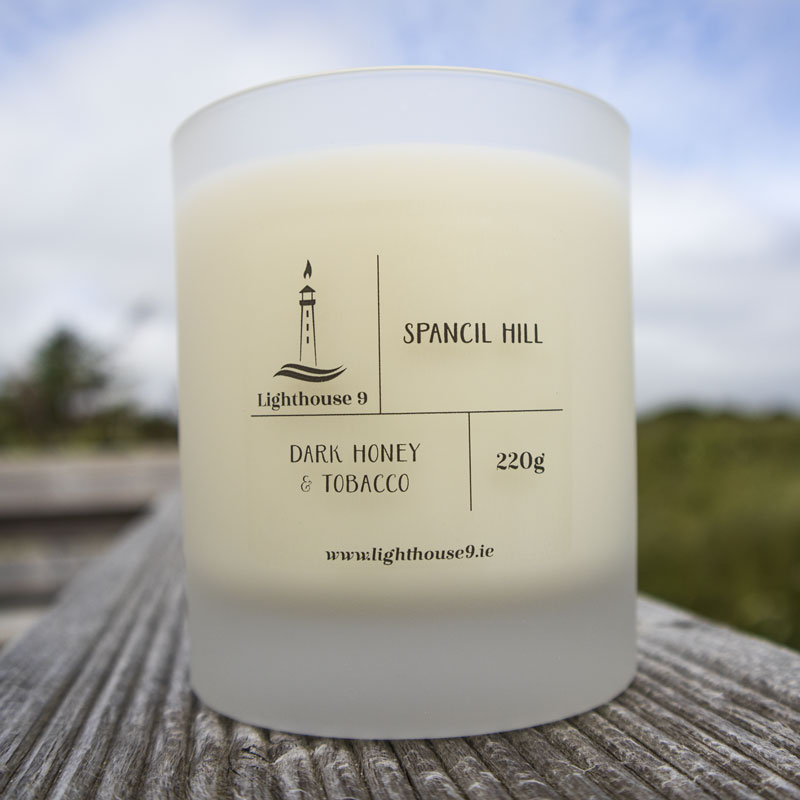 Located on the road between Ennis and Tulla in Co. Clare, Spancil Hill is widely known as the site of one of Ireland’s oldest and most renowned horse fairs that has been held annually at the crossroads there on the eve of the summer solstice for centuries. Spancil refers to the cruel practice of “spancilling” which was to use a shot rope to tie a horse’s left fore-leg to its right hind leg, thereby restricting the animal from wandering too far.

The name Spancil Hill also lives passionately in every Irish sing-along throughout the world with the traditional Irish folk ballad’s subject matter telling of the loneliness of immigration and a longing for one’s home. This is a theme that resonates fervently with the millions of Irish people forced throughout the years to leave their native soil in search of a better life. The ballad has been recorded by a host of top musicians throughout the years and sung all over the world….